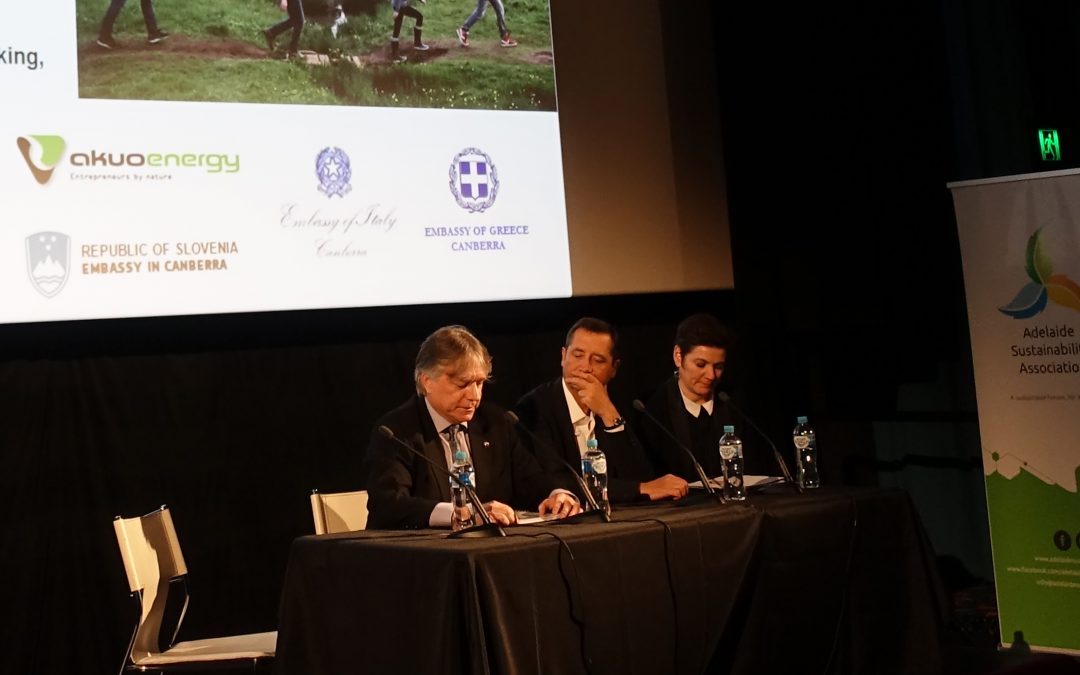 Adrian Vatovec, Honorary Consul for Slovenia in SA and Board member of the Slovenian Australian Chamber of Commerce attacned the European Climate Diplomacy week events in South Australia.

The European Climate Diplomacy week was organized by the European Union Delegation to Australia and this year took place in 5 Australian cities: Melbourne (12/9), Adelaide and Darwin (13/9), Canberra (14/9) and Sydney (15/9).

Events included keynote speeches and discussions in universities and with businesses, activities with secondary school students and the screening of the acclaimed French documentary, “Demain” (Tomorrow) a premiere in Australia.

The documentary, “Demain” (Tomorrow) is refreshing as its focus is not just on the problems about climate change but providing solutions and actions that are happening around the world. Everyday people taking responsibility and action at the grassroots level to make a change, reinventing agriculture, energy, the economy, democracy, and education. What we see is the emergence of what the world of tomorrow can be.

One important focus of the green economy as a broader context is also changing from a linear to a circular economy. A green economy is the goal of the process by which Slovenia will become a competitive economy in which we understand and take into account the constraints imposed by the natural environment.

Slovenia’s capital city Ljubljana is the European Green Capital 2016 and is the first capital of a European Union country to have announced a zero waste plan.

Adrian Vatovec, Honorary Consul of Slovenia, attended the Adelaide screening of the documentary and gave a speech about climate change initiatives that Slovenia is undertaking.